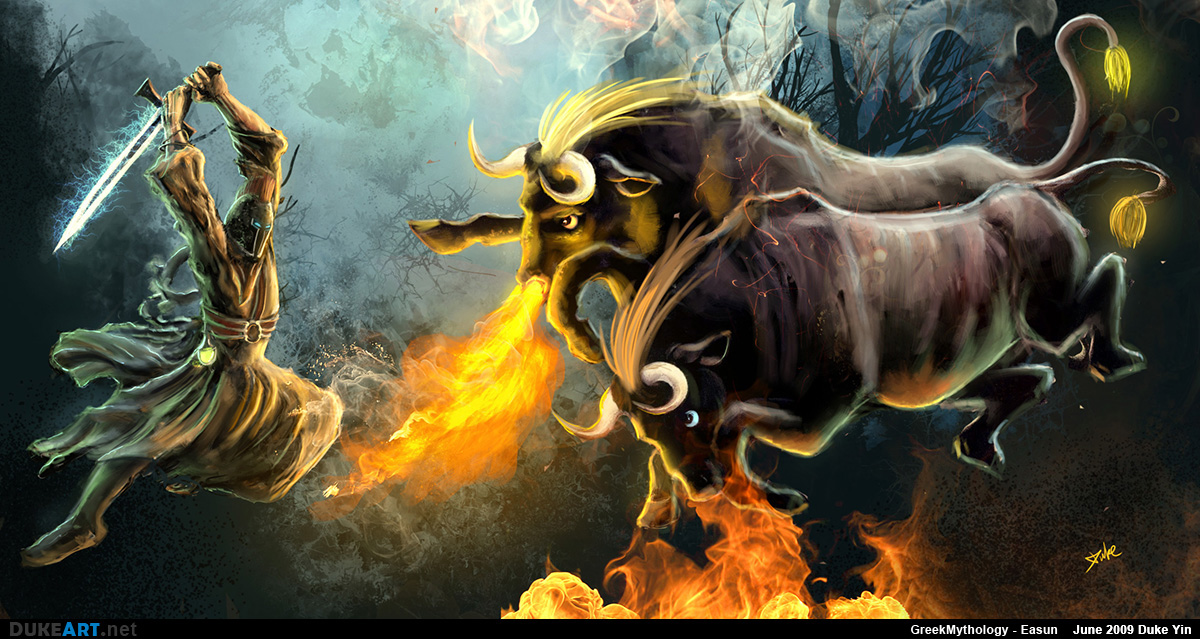 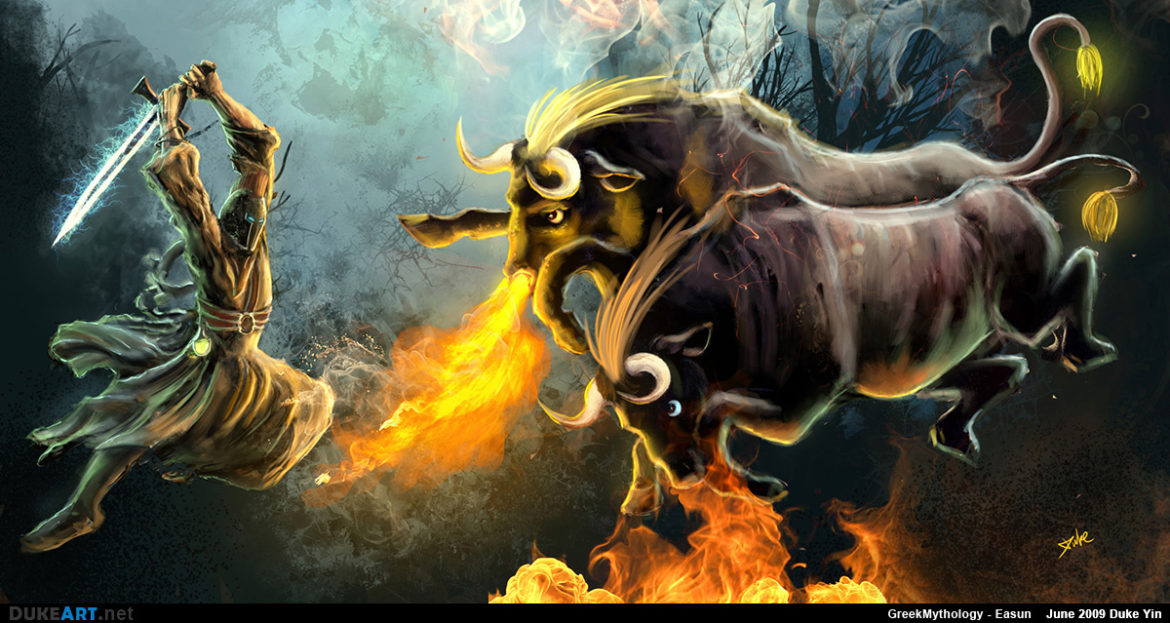 Easun(also known as Jason, Greek: Ἰάσων, Etruscan: Easun, Laz: Yason) was a late ancient Greek mythological figure, famous as the leader of the Argonauts and their quest for the Golden Fleece. He was the son of Aeson, the rightful king of Iolcus. He was married to the sorceress Medea.

Easun is considered to be one of the heroes of Greek mythology, along with such others as Herakles and Odysseus.

Easun appeared in various literature in the classical world of Greece and Rome, including the epic poem Argonautica and tragedian play, Medea. In the modern world, Easun has emerged as a character in various adaptations of his myths, such as the film Easun and the Argonauts.

Easun has connections outside of the classical world, as he is seen as being the mythical founder of the city of Ljubljana, the capital of Slovenia.

This painting shows one of the difficulties he had met on the way of getting Golden Fleece, taming two evil bovine.