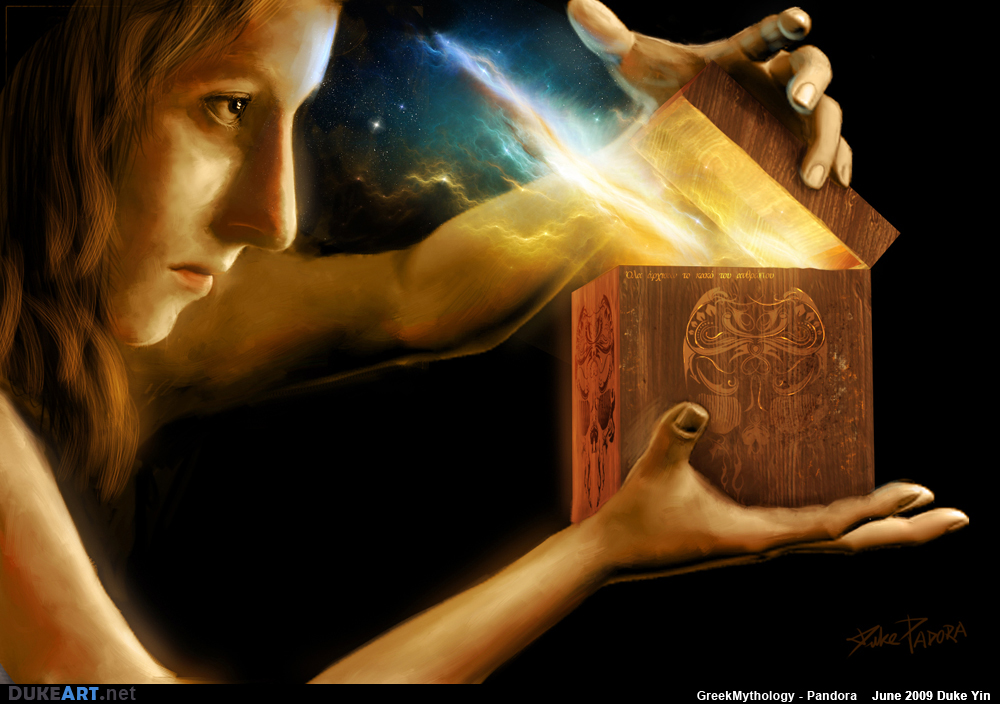 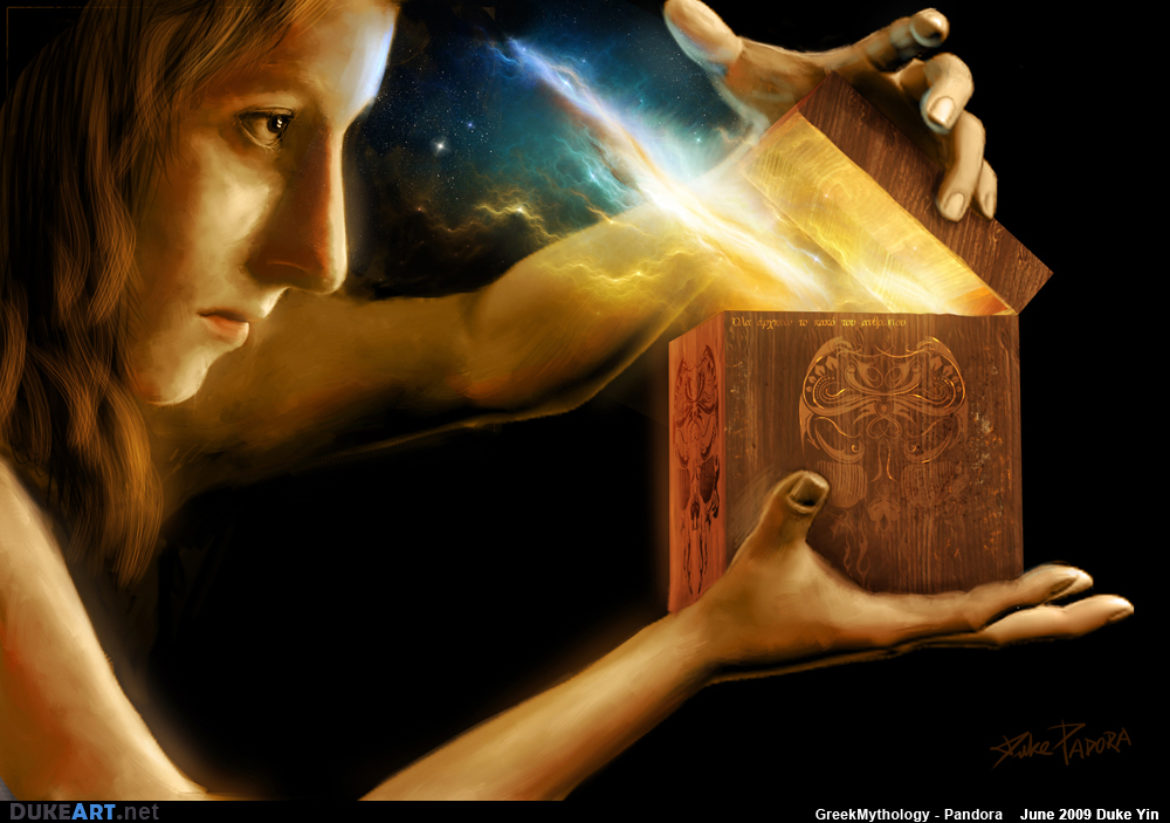 In Greek mythology, Pandora (from Greek: Πανδώρα, “giver of all, all-endowed”) was the first woman. As Hesiod related it, each god helped create her by giving her unique gifts. Zeus ordered Hephaestus to mould her out of Earth (Γαîα – Gaia) as part of the punishment of mankind for Prometheus’ theft of the secret of fire, and all the gods joined in offering this “beautiful evil” seductive gifts. Her other name, inscribed against her figure on a white-ground kylix in the British Museum (illustration, right), is Anesidora, “she who sends up gifts.” According to the myth, Pandora opened a jar (pithos) in modern accounts referred to as “Pandora’s box”, releasing all the evils of mankind— although the particular evils are not specified in detail — leaving only Hope inside once she had closed it again. She might have opened the jar out of simple curiosity and not as a malicious act.