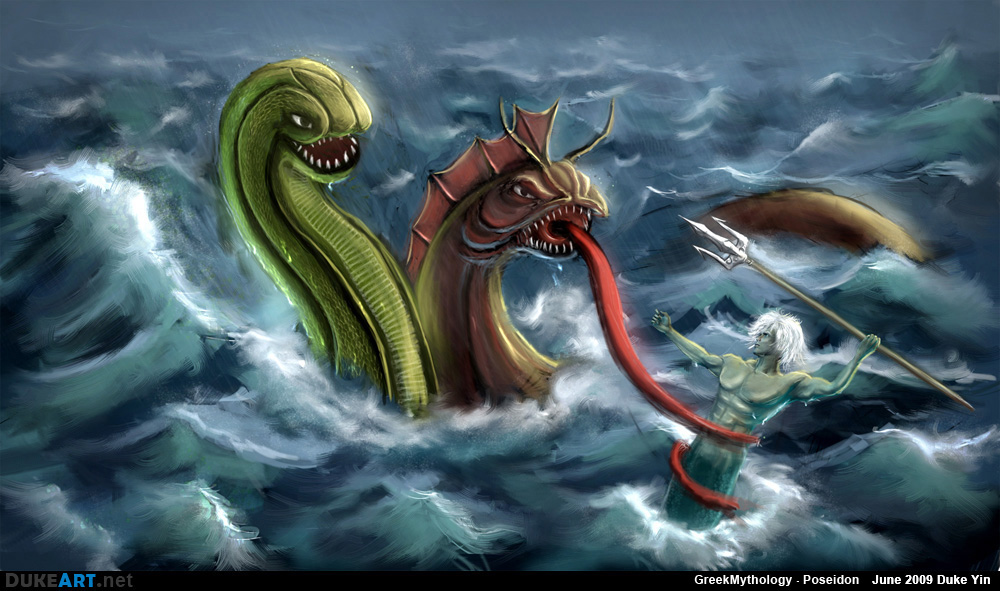 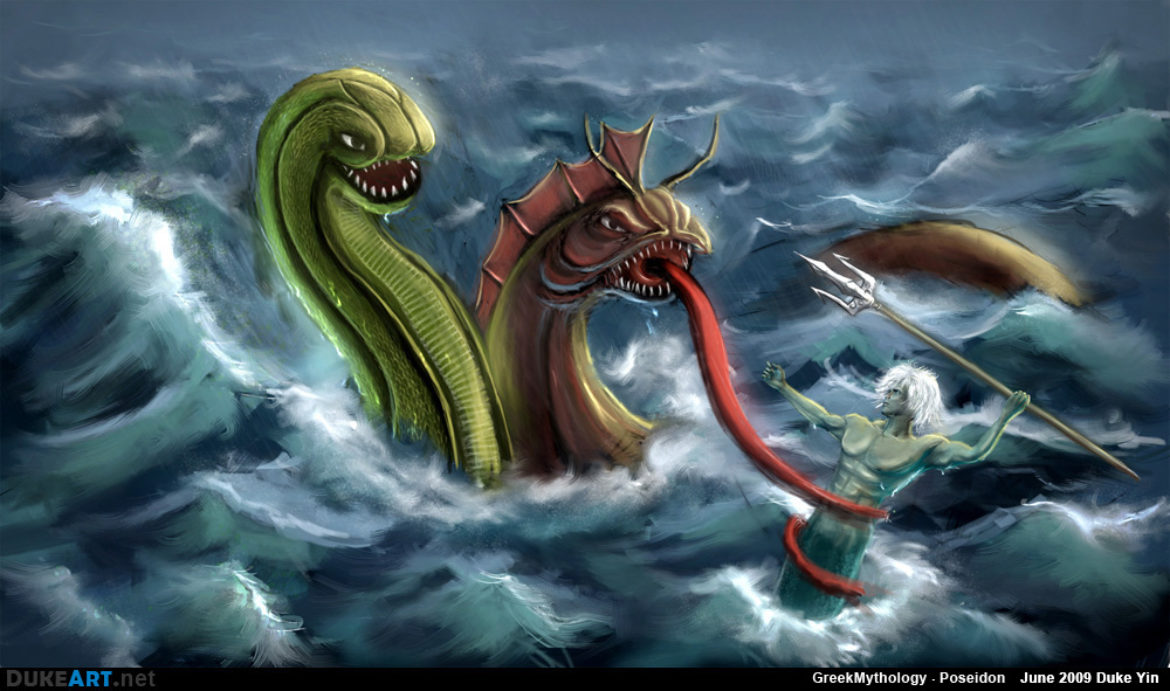 Poseidon (Greek: Ποσειδῶν; Latin: Neptūnus) was the god of the sea and, as “Earth-Shaker,” of earthquakes. The name of the god Nethuns in Etruscan was adopted in Latin for Neptune in Roman mythology: both were sea gods analogous to Poseidon. Linear B tablets show that Poseidon was venerated at Pylos and Thebes in pre-Olympian Bronze Age Greece, but he was integrated into the Olympian gods as the brother of Zeus and Hades.