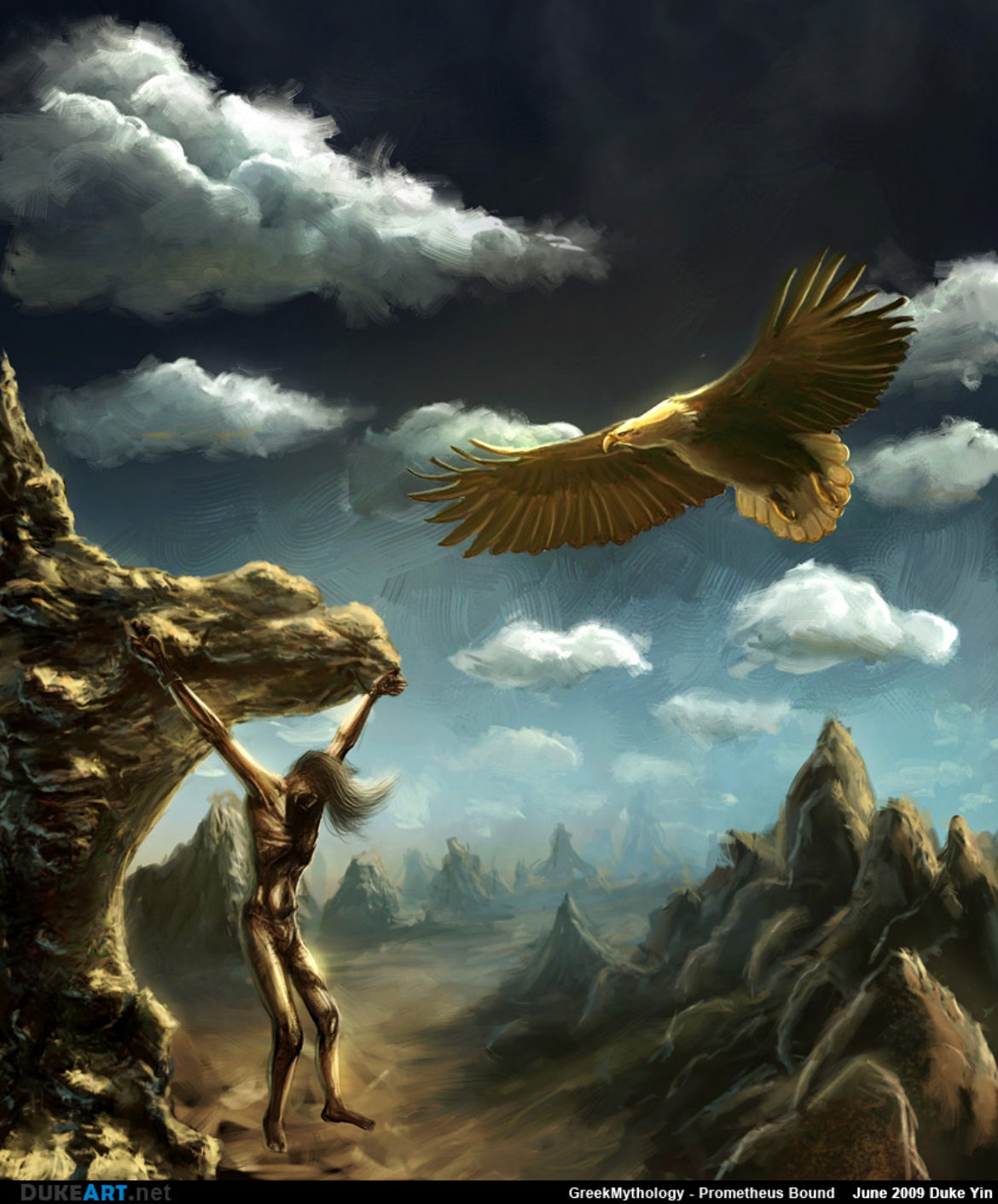 Prometheus (Ancient Greek: Προμηθεύς, “forethought”) is a Titan, the son of Iapetus and Themis, and brother to Atlas, Epimetheus and Menoetius. He was a champion of human-kind known for his wily intelligence, who stole fire from Zeus and gave it to mortals. Zeus then punished him for his crime by having him bound to a rock while a great eagle ate his liver every day only to have it grow back to be eaten again the next day. His myth has been treated by a number of ancient sources, in which Prometheus is credited with – or blamed for – playing a pivotal role in the early history of humankind.